As Bitdeer‘s first anniversary approaches on December 12th, the computing power-sharing platform is launching a week-long promotional event with exclusive prizes scheduled for the community to celebrate. 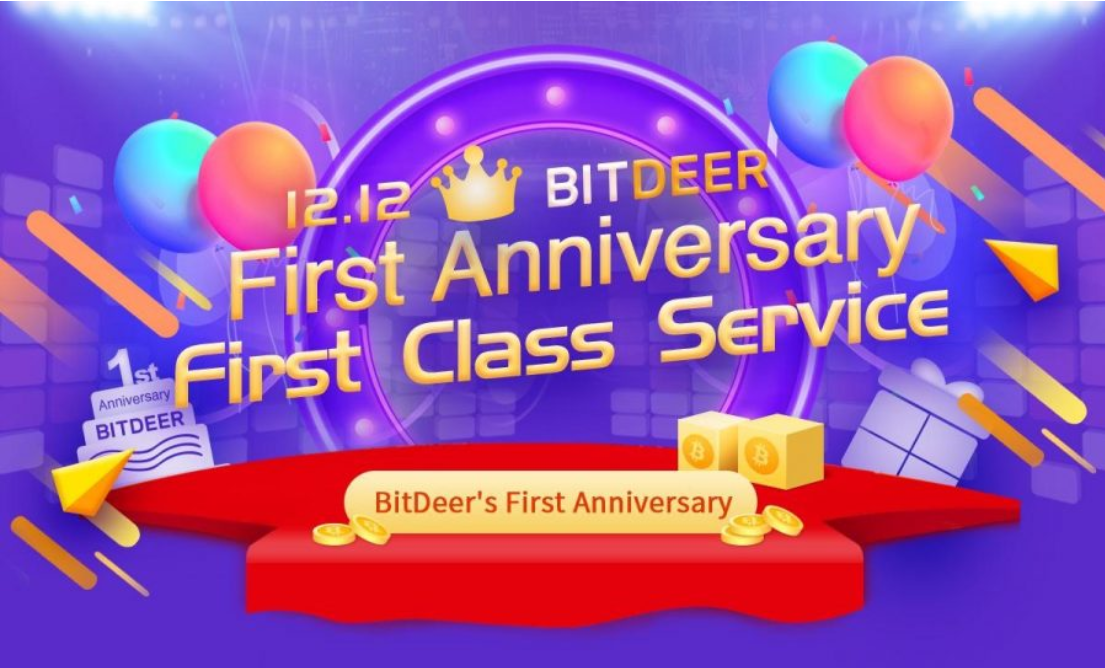 Since its establishment in late 2018, BitDeer has gained worldwide recognition for its successes in providing the most reliable and transparent computing power-sharing platform on the market. On its first anniversary, the company is launching promotions to give back to their community as part of their celebrations.

Starting from December 12th and ending on December 18th, BitDeer will be giving away exclusive anniversary giveaways and gifts, such as complementary S17 miner day coupons, free electricity coupons, gift cards for multiple e-commerce sites as well as BitDeer apparel. Eligibility for this celebration differs from each of the events, but simply signing up to the platform can get users started on their journey with a generous reward.

Looking back over the past 12 months and seeing all of the accomplishments of the company and the awards that have been achieved, it has proven to be a monumental year for Bitdeer.com and the world of mining. The company is sharing its harvest to their community as they have always been in the forefront of providing excellent transparent computing power-sharing.

It has been exactly 1 year since Bitdeer launched the English version of its platform, having more than 1.2 million unique visitors from 165 countries worldwide. BitDeer.com has since released versions in other languages, including Spanish and German, covering 9 total mainstream languages and reaching more than 2 million users from across the globe.

Bitdeer was the first to launch a real-time computing power-sharing system that garnered major media attention including Cointelegraph and CCN. 2019 saw Bitdeer.com pioneering the launch of S17 Mining Plans at the New Age Mining Summit as well as proposing the “Computing Power Sharing Industry Standard Draft”.

The net mining rewards that Bitdeer.com produced for its users exceeded 6 million yuan [$0.87 million] per day. It also saw 5 of its mining partners bring a cumulative computing power of more than 3000 P and has sent more than 7 different currencies’ computing power to the mining pools.

Currently, there are more than 20 regional and worldwide Bitdeer.com agency partners sharing 10’s of millions in net profit. Bitdeer also received the “Most Cost-Effective Computing Power Platform” award by Babbitt and won the “Year-End Mining Contribution Award” at the 2019 Future Business Ecolink Conference [FBEC2019] this December as well.

With international industry recognition, immense growth, and support from the community, this marks an incredible first year for the company – yet this is only the beginning.

For interested parties looking to partake in the anniversary celebration, please visit the website for more information.